Ronald joined the Royal Navy at a young age and was a mere eighteen years old when he served HMS Ajax. At the famous Battle of the River Plate he was at the rank of Able Seaman. His widow Patricia Ventris remembered that the Battle meant a lot to her husband and that Ronald was very much in the thick of it.

Ronald was aware before he died that a street in a town 3,000 miles away would carry his name. "He considered it quite an honor. It's a tragedy he isn't here to know about it now," said Mrs. Ventris in 1981.

After leaving the Royal Navy at the end of World War Two, Ronald ran a building firm in Shoebury. Shortly before he died, he went to South America for the 40th anniversary of the Battle. In addition to British and German veterans, Mayor Clark Mason attended the ceremonies as a representative of the Town.

Ronald Clifford Ventris died in January of 1981 in Southend-on-Sea, Essex. He was sixty years old. 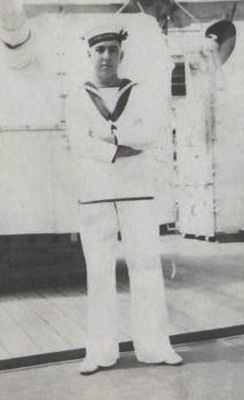