Frank Hurley and his brothers were placed in a Dr. Barnardo Children's Home at a very early age. By the time he was old enough he joined the Royal Navy and on November 30, 1936 he began training at HMS Ganges. He remembered being a ‘button-boy’ while training. It was his duty to climb to the top of the main mast then stand on ‘the button’.

Frank joined HMS Ajax on January 11, 1938 as a boy and served on the ship until April 12, 1940. He rose from Ordinary to Able Seaman during this time.

During World War Two Frank was involved in providing protection to the Atlantic and Mediterranean Convoys.

Frank served in the Royal Navy for a further twenty five years, finishing on March 27, 1961 as a Chief Petty Officer. During his career he served on over twenty two ships and claimed to have seen most of the world. He did, however, regret not making it to Australia.

After his career in the Royal Navy had come to an end Frank joined Barclays Bank as an archivist, working in their foreign branch based in London. He remained there until his retirement.

Most of Frank’s life was spent living in South East London with his wife, until she passed away. He then moved to North West London where his brothers and sisters’ families were residing. 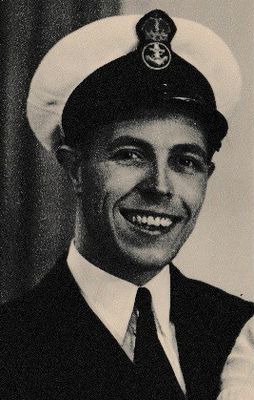