Sir Charles Henry Lawrence Woodhouse was born on July 9, 1893 in Nottinghamshire, England to parents Arthur Powys Woodhouse and Frances D'oyley Edmonstone. He joined the Royal Navy on May 15, 1906 and was educated at the colleges Osborne and Dartmouth. Charles served in World War One and specialized in gunnery. By 1934 he was made Captain and in 1935 he was appointed Assistant Director of Naval Equipment at the Admiralty.
Woodhouse captained HMS Ajax in the famous Battle of the River Plate on December 13, 1939. For his part in the action he was awarded the Companion of the Order of Bath. The Order of the Bath is the fourth-most senior of the British Orders of Chivalry. In October 1940 he became Director of the Local Division at the Admiralty and in April 1942 he assumed command of HMS Howe. In March 1944 he went on to be Director of Naval Ordnance at the Admiralty.
After World War Two Captain Woodhouse became Second-in-Command of the Carrier Fleet and in 1948 he was made Commander-in-Chief, East Indies Station. He retired from the service in 1950 and was promoted to Admiral on the Retired List in 1952. He died on September 23, 1978 at the age of eighty five.
Geographic Coverage
Copyright Statement
Copyright status unknown. Responsibility for determining the copyright status and any use rests exclusively with the user.
Location of Original
Original document and image located in the Ajax Archives.
Contact
Ajax Public Library
Email
WWW address
http://www.ajaxlibrary.ca
Agency street/mail address
55 Harwood Avenue S.
Ajax, Ontario
L1S 2H8 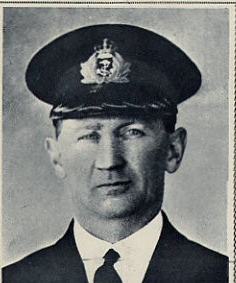