William Slader was born in Lynmouth, North Devon on May 23, 1922. He worked as a grocery shop assistant before joining the Royal Navy in February 1942.

Bill spent the majority of World War Two on HMS Cannae, joining her in November 1942. He was stationed at the Port of Bone in North Africa when the Ajax was hit, along with many other ships. He next served on HMS Ilex in 1944, then HMS Valiant in 1945, and finally HMS Ajax for a short time in 1946.

While on HMS Ajax Bill was in charge of the Chief Petty Officer’s mess. He left the Royal Navy in August 1946.

Bill was an avid fisherman who was married to Jean. Together they had two children, Jane and John. 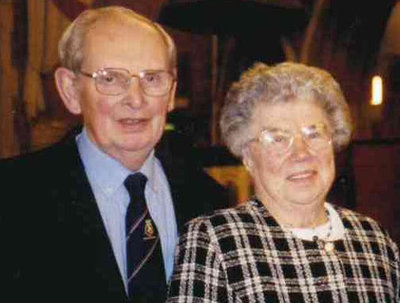