William James Lurcook a.k.a. Jim/Bill was born on May 8, 1922 in Ramsgate, Kent, England. He joined the Royal Marines just after his seventeenth birthday, a few months before the outbreak of World War Two in September 1939.

Not long after VE Day on May 8, 1945, Jim was medically discharged due to loss of hearing caused by the loud noise of the ship’s guns while operating in the gunnery. He was a Royal Marine Sergeant at the time.

In 1944 Jim met and married Kathleen (a.k.a. Eileen O’Reilly). After his discharge from the Royal Marines, Jim and Eileen returned to Ramsgate where they spent forty-five devoted years to each other raising their family. They had three daughters; Ann, Josie and Marcella; two sons; Wayne and Jamie, and six grandchildren; Caroline, Jackie, Neil, Louise, Marcella and Karen. Jim was the happiest when surrounded by his family. 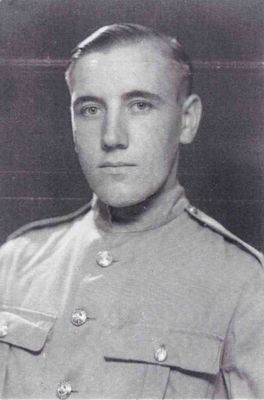