William Empson was known to family as Bill and to his shipmates and others as ‘Poopdeck Pappy’. He was born on July 13, 1920 in Dover, Kent, England to Shepard James Henry Empson and Frances Emma Empson. Bill was the youngest of seven children including; Thomas (died as an infant), Alice, Rose, Shepard, Thomas and Frances. He attended St. Mary’s Infants School in 1925 and from there moved to the Dover National (St. Mary’s) Boys School in 1927, leaving in December, 1934.

On January 7, 1935 Bill started working as a conductor on the Dover Municipal Trams. He resigned that post in August, 1936 and joined the Royal Navy on August 24. After training in the art of seamanship and gunnery, he joined the fleet.

On January 11, 1938 Bill joined HMS Ajax and was present during the Battle of the River Plate. He left that ship four years later on June 11, 1942. That same year he qualified as a gunner QR2, and as a Diver.

In 1961 Bill left the Royal Navy as a Chief Petty Officer. After working for Pfizer in Sandwich and Harvey’s in Margate he retired in 1985. He then devoted his time helping Patricia run the small Guest House they owned in Margate until she died in March, 2005. Bill had hoped to re-visit the Town of Ajax for the 70th anniversary of the Battle of the River Plate in 2009 but died 2008.
Geographic Coverage
Copyright Statement
Copyright status unknown. Responsibility for determining the copyright status and any use rests exclusively with the user.
Location of Original
Original document and image located in the Ajax Archives.
Contact
Ajax Public Library
Email
WWW address
http://www.ajaxlibrary.ca
Agency street/mail address
55 Harwood Avenue S.
Ajax, Ontario
L1S 2H8 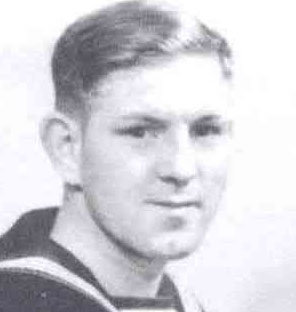