Reg Dolby was born on June 16, 1924 at Leigh-on-Sea in the County of Essex, along with his twin sister. He left school at the age of 14 and became a delivery boy. By 15 years old he was serving on the Thames Barges until it was conscripted for the evacuation of Dunkirk. Too young to be a member of the crew on the barges for war service, he was breached in May 1940.

Falsifying his age by 2 years, Reg entered the Royal Navy in November of 1940. After training he was drafted to Chatham to be placed in the Dock Yard Defense unit as a machine gunner. By September 1941 he was drafted to the Mediterranean and arrived in Alexandria in late October. In November he was drafted to Tobruk in ‘C’ Company Naval Defence force serviced in Derna and Benghazi. In May of 1942 he returned to Tobruk and in June it was attacked enroute to Alexandria and sunk. He was made prisoner of war and managed to escape after three years and arrived back in the U.K. in March of 1945 to recuperate.

After the war Reg took up the position of break down specialist with a precious refining company and took early retirement in 1986. He and his wife Estelle moved to a village in Suffolk where they celebrated 40 years of marriage in 2003. Reg and Estelle have one daughter, Deirdre. 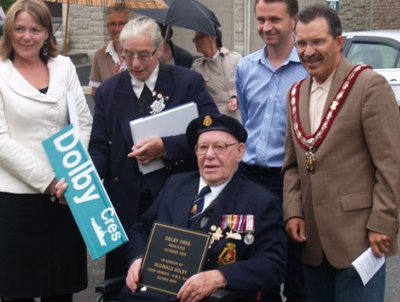