Don Cull was born in London on August 1, 1929. He spent his early years in Warrington, Stafford and Northolt during the war. At the age of 14 he entered the training ship, ‘Indefatigable’, North Wales. By May 1945 he officially joined the Royal Navy aboard HMS St. George, Isle of Man. Training was completed at HMS Ganges Boy’s Training Establishment, Shotley, in June 1949 and from there he joined HMS Wrangler for sea training. His first tour abroad was as Boy 1st Class on HMS Ajax from 1946-48, during which time he took part in the Palestine Patrols. He joined HMS Magpie in 1948 as an Ordinary Seaman on the Cyprus Patrols. Other more peaceful postings followed, including Victory Barracks, HMS Dryad and HMS Resource but he saw further active service as a Leading Seaman (Radar Operator) on Aircraft Carrier HMS Theseus during the Korean War.

A highlight of Don’s naval career was taking part in the 1952 and 1956 Earls Court Royal Tournament in the Portsmouth Field Guns Crew. He also enjoyed hockey, football, cricket and boxing. Don even became Portsmouth’s Command Heavy Weight Boxing Champion in 1957.

Don served on the Battleship HMS Vanguard in 1954; on HMS Sheffield 1955 to 1956 and from there on minesweepers Floriston, Dilston, and Stubbington, during which time he qualified as a Petty Officer. However, he did not take up this grade since he had decided to opt for time with his family. He had married Marie in 1952 and together they had two sons, Steve and Alan. On leaving the Navy in 1958 Don became a Trainee Manager with the Home & Colonial grocery company. Marie’s parents emigrated to Australia and her brother to Toronto in the 1950s and in 1963 Don joined BEA (British European Airways) and BOAC (British Overseas Airways Corporation) in order to visit them. As of 2009 he had spent 46 years at Heathrow Airport, most recently as a Passenger Care Agent.
Geographic Coverage
Copyright Statement
Copyright status unknown. Responsibility for determining the copyright status and any use rests exclusively with the user.
Location of Original
Original document and image located in the Ajax Archives.
Contact
Ajax Public Library
Email
WWW address
http://www.ajaxlibrary.ca
Agency street/mail address
55 Harwood Avenue S.
Ajax, Ontario
L1S 2H8 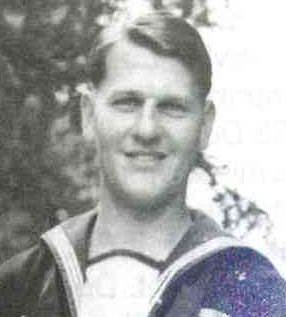