Artist description: This is the only covered bridge left to cross the Housatonic River in Massachusetts. Connecticut has two covered bridges.

Woldemar Neufeld died on November 24 from complications of Parkinson's disease, shortly after his 93rd birthday.
Date of Original
1975
Image Dimensions
Image Width: 18in
Image Height: 12in 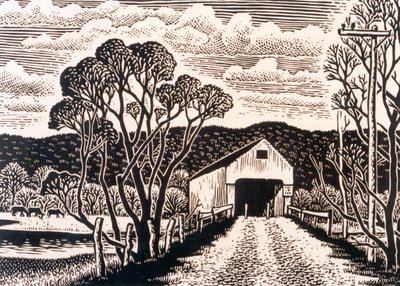