Artist description: This painting shows the large gap between youth and old age. And the dark areas again are on the outside thus creating an inner light. The paint texture of the tree trunk gives the surface of natural old bark.

Woldemar Neufeld died on November 24 from complications of Parkinson's disease, shortly after his 93rd birthday.
Date of Original
1959
Image Dimensions
Image Width: 40.2in
Image Height: 30.3in 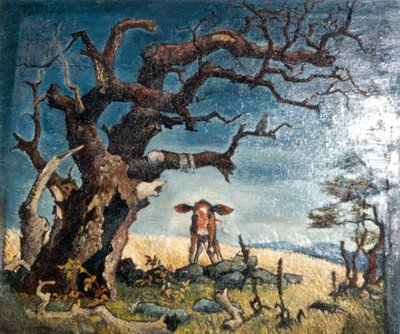