Artist description: The Irony here is that the very building built to warn the sailors in a storm was destroyed by the very same force it was warning the sailors against. Here I abstracted the architectural planes and played with their shapes.

Woldemar Neufeld died on November 24 from complications of Parkinson's disease, shortly after his 93rd birthday.
Date of Original
1958
Image Dimensions
Image Width: 20.9in
Image Height: 14.8in 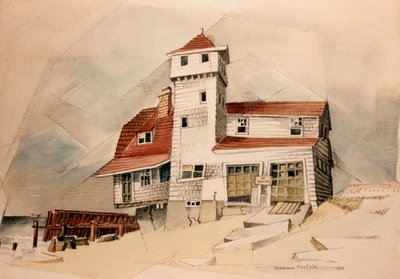