Artist description: Most of the Elms in the East have been killed by the Elm Beetle. This magnificent specimen has also lost the fight, a recent trip through Sheffield confirmed the sad news.

Woldemar Neufeld died on November 24 from complications of Parkinson's disease, shortly after his 93rd birthday.
Date of Original
1980
Image Dimensions
Image Width: 20in
Image Height: 13.9in 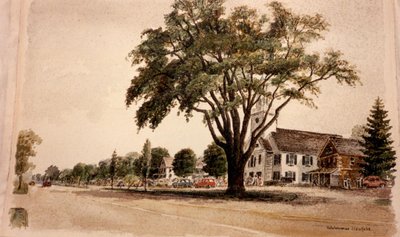