Media Type
Image
Item Type
Photographs
Description
Black and white photograph of Howard Jerome (right) receiving an FRCCO honoris causa at the Royal Canadian College of Organists 1985 National Convention. Presenting the award are Jean Keenleyside, Chairman of the Hamilton Centre (left) and Donald Mackey, RCCO President. The convention was held in Montreal, Quebec.
Notes
The Royal Canadian College of Organists (RCCO) is an interdenominational community of professional and amateur organists, church musicians, choral conductors, and others who share an interest in organs and organ music. RCCO supports the development of organ and choral performance in Canada, and church musicianship.

Founded as the Canadian Guild of Organists in 1909, RCCO is the nation’s oldest association of musicians. In 1920 the name was changed to Canadian College of Organists, and in 1959 Her Majesty Queen Elizabeth II granted use of the Royal prefix.

RCCO supports its members in the development and practice of organ and choral performance, and church musicianship. It offers vocational support to its members, publishes a bimonthly journal, holds annual conventions, and publishes organ and choral works. Annual examinations are held for the diplomas of Colleague, Associate and Fellow; the Professional Diploma in Choral Conducting; and the certificates in Service Playing and Choir Training.

The Royal Canadian College of Organists is a federally incorporated registered charitable organization. It is administered by a Board of Directors. The National Council is an independent advisory board which includes the directors, chairs of standing committees, and member representatives. 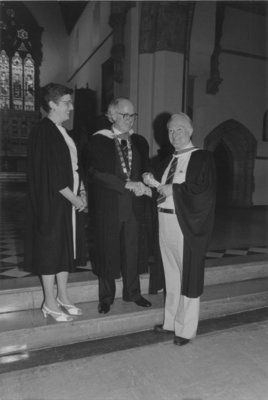