Allen Eddy and Joseph A. Keeler Esq.
To
David Wickham
Indenture of Bargain and Sale

11 April 27
Registry Office
County of Northumberland} I freely certify that as memorial of the within indenture was duly registered by me on the eleventh day of April in the year of our lord one thousand eight hundred and twenty seven as the hour of nine in the morning in book F pages (?) five (?) number one thousand five hundred and six. 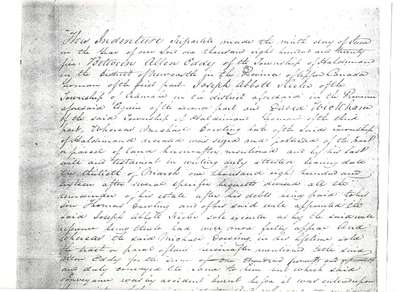